On March 24th, the Monticello Police Department responded to two car burglaries which occurred during the night on the east side of the City.  Items were taken from the vehicles.  I am encouraging all residents of the city to secure all valuables and please lock your vehicles.  These were crimes of opportunity.  Please don't give anyone the opportunity to take what you have worked hard for.

The Monticello Police Department was established in 1827.  The department is committed to serving the public with utmost respect.

The Monticello Police Department is a small, efficient department.  Officers of this department perform a variety of services to the citizens.  We are committeed to public safety in our continued effort to better serve the citizens of Monticello.

The City of Monticello Police Dhief oversees the day-to-day operations of public safety for the City.  The Police Chief is elected by city residents every four years and is the highest ranking law enforcement officer for the city.

Listed below are just a few of the responsibilities of Police Chief:

*Managing the performance of the City Police Deparment.

*Implementing policies of the Police Department and assisting with lw enforcement ordinances created by the City.

*Ensuring that all criminal investigations are handled in a timely manner, law enforcement special operations are safely carried out, and making sure that public safety remains a top priority with regards to all citizens' rights being protected.

*Ensuring all local, state, and federal laws are followed by the Police Deparment officers and enforced.

*Responding to all citizen concerns and civil and criminal complaints.

*Handling all traffic crashes and death investigations that occur within the city.

The Police Chief also works to develop the Police Department's annual budget, works with other law enforcement agencies, area administrators, and performs other duties assigned at the request of the City Council.

Communications Division.  This unit is the backbone of the agency.  Any and all complaints are reported to this section.  This unit is responsible for gathering all pertinent information needed for the safety of the responding officer, complainant, and violator.  The communications officer is the lifeline of the department and is also responsible for maintenance of department records.

The City of Monticello Police Department is prepared 24/7 to preserve life and minimize damage, respond to hazards or disaster events by providing the necessary assistance and emergency support functions.

Throughout the year, the City of Monticello Police Department engages in community awareness and prevention programs to help the community avoid, detect, and report emergencies effectively.

If you are witnessing a crime in progress or are experiencing an emergency, please dial 911. 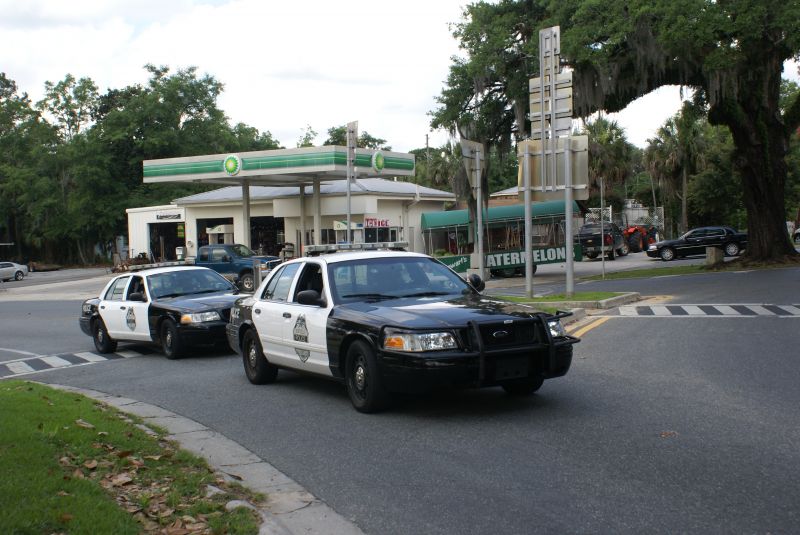 To Protect and Defend

It's our most precious natural resource.  Every drop counts...

Whether it is a local farmer's market or main street shops, shopping local sustains our community and supports local merchants.  A win-win for all!

Looking for a furry friend to become a part of your family? Consider adopting a dog or cat from the local animal shelter.  The Jefferson County Humane Shelter can be reached at 850/342-0244.